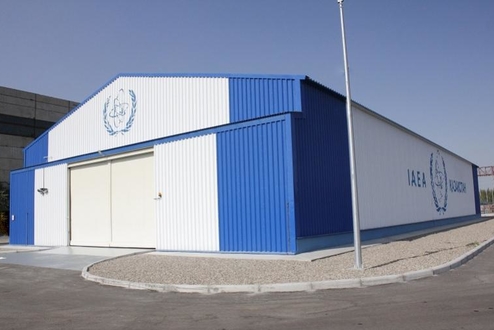 On November 20, 2018, the International Atomic Energy Agency (IAEA) announced the selection of NAC Kazatomprom JSC as one of the suppliers of low enriched uranium (LEU) for the IAEA LEU Bank.

We believe the fact that Kazatomprom was chosen as one of the suppliers to the IAEA reflects the high level of trust the international community has in the company as a reliable and recognized supplier of uranium products.

The IAEA LEU bank is part of the global efforts to create an assured supply of nuclear fuel. It is intended to ensure the supply of nuclear fuel to IAEA Member States, who use nuclear energy for peaceful purposes, in the event of the disruption of existing fuel supply mechanisms for nuclear power plants.

The IAEA LEU bank is funded by donor contributions from the following countries and organizations such US, EU, UAE, Kuwait, Norway, Kazakhstan and Nuclear Threat Initiative (non-governmental organization).