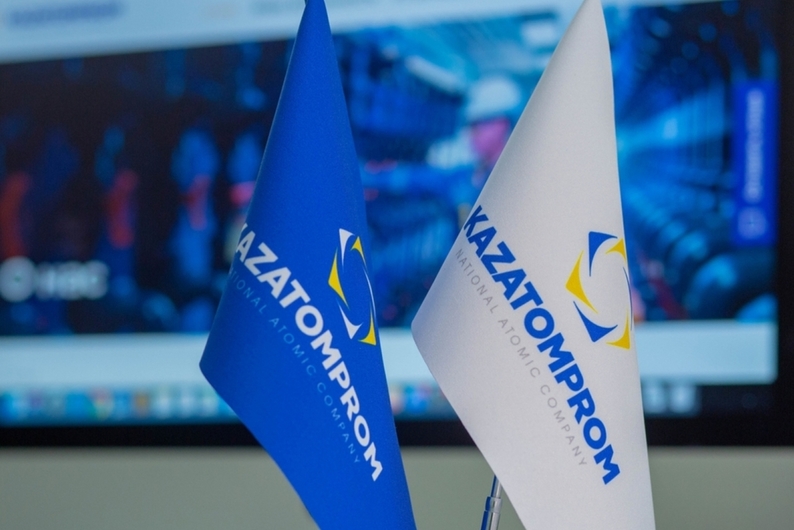 This update provides a summary of recent developments in the uranium industry, provisional information related to the Company’s key second quarter and half-year operating and trading results, and updated 2019 guidance. The information contained in this Operations and Trading Update may be subject to change.

Near-term uncertainty associated with the US Section 232 investigation continued to weigh heavily on the uranium market throughout the second quarter. On April 14, the US Department of Commerce confidentially submitted to President Trump the results of its investigation as to whether US uranium imports represent a threat to the national security of the United States, as defined under section 232 of the Trade Expansion Act of 1962. On July 12, the President announced his conclusion, which was to take no trade actions in the uranium market at this time. A full analysis of the entire US nuclear fuel supply chain is now underway, with the newly formed United States Nuclear Fuel Working Group looking beyond domestic supply. However, the nuclear industry’s primary concerns related to possible near-term trade actions, have been moderated, reducing the degree of uncertainty for both producers and utilities.

A change in the African uranium mining landscape was the primary commercial developments on the supply side during the second quarter. The Namibian Competition Commission conditionally approved Rio Tinto’s sale of Rössing Uranium Limited and its controlling stake in the Rössing uranium mine in Namibia, to China National Uranium Corporation.

On the demand front, utilities in Japan were presented with a new challenge when the Japanese Nuclear Regulation Authority denied utilities’ requests to extend the deadline to complete the construction of emergency facility upgrades at their reactors. Utilities that are unable to fulfill the requirements on time would have to shut down plants until the work is completed, which could include the nine Japanese reactors currently in operation.

In May, following an earlier public referendum in Taiwan that indicated support for nuclear power, the Taiwanese government reversed previous legislation that had called for the phase-out of nuclear by 2025. Similarly, France formally delayed it’s previous plans to cut nuclear’s share of electricity generation from about 72% to 50% by 2025. The French government’s climate and energy package, with a goal of carbon neutrality by 2050, pushes the targeted potential reductions in nuclear out by at least a decade, to 2035.

In the US, the Deputy Secretary of Energy indicated the US Department of Energy is working to help extend the licenses for the existing reactor fleet to eighty years. The extensions would support the view of the International Energy Agency, which indicated that prolonging the lifespan of existing reactors is crucial for reducing carbon emissions and boosting energy security.

After a sharp decline at the end of the first quarter, the spot price stabilized between US$25.00 and US$26.00 per pound U3O8 through April, after which it continued drifting to a low of US$24.00 per pound in June. The flat second quarter price was largely related to the uncertain market environment amid possible US trade actions, with the price weakening as sellers began competing amid limited buyer activity.

In the long-term market, contracted volumes increased to nearly 40 million pounds U3O8 through the first half of 2019 (compared to about 14 million pounds over the same period in 2018). However, there continued to be a general lack of term contracts signed at fixed price terms, resulting in the continued stagnation of the long-term price at US$32.00 per pound U3O8.

Production on a 100% basis in the second quarter and through the first half of 2019 was similar to the same periods in 2018. Production attributable to Kazatomprom was higher in 2019 due primarily to slightly higher 2019 production levels under subsoil use contracts (as expected and previously disclosed), and related to  different production levels at various assets and the mix of ownership interest levels in each asset.

Average sales prices were higher due to an increase in spot price in 2019 compared to the same periods in 2018, and the close correlation between the Company’s contract portfolio and current uranium spot prices.

Kazatomprom’s production expectations remain unchanged from previous guidance, consistent with the intention to flex down planned production volumes by 20% for 2018 through 2020 (versus consolidated planned production levels under Subsoil Use Agreements, which were increasing annually over that period). With the flex down, under the existing Subsoil Use Agreements, production is expected to total approximately 22,750 to 22,800 tU (100% basis) in 2019; without the reduction, production would have exceeded 28,500 tU (100% basis) in 2019.

The expectation for total capital expenditures (100% basis) in 2019 has decreased, related to changes in the timing of spending for projects related to future expansion at some of the mining assets.

The Company continues to target an ongoing inventory level of approximately six to seven months of annual attributable production.

Kazatomprom has scheduled a conference call to discuss the full 2019 half-year operating and financial results, after they are released on Tuesday, 27 August, 2019. The call will begin at 17:00 (AST) / 12:00 (GMT) / 07:00 (EST). Following management remarks, an interactive English Q&A session will be held with investors (remarks in Russian with a simultaneous Russian translation of the Q&A available on a listen-only line).

Interested parties are invited to join the call using the following dial-in details. If calling from:

To join the English call (participate in live Q&A), enter conference room number 813569, with PIN 5207 when prompted. To receive a reminder at the time of the call, participants may now pre-register for the English call at:

To join the call in Russian (listen-only Q&A), enter conference room number 357958, with PIN 6326. To receive a reminder at the time of the call, participants may now pre-register for the Russian call at:

A live webcast of the conference call will be available from a link at www.kazatomprom.kz home page on the day of the call. A replay will be made available after the call.

A copy of this announcement will be made available at www.kazatomprom.kz.

Kazatomprom is the world's largest producer of uranium, with the company’s attributable production representing approximately 23% of global primary uranium production in 2018. The Group benefits from the largest reserve base in the industry and operates, through its subsidiaries, JVs and Associates, 26 deposits grouped into 13 mining assets. All of the Company’s mining operations are located in Kazakhstan and mined using ISR technology with a focus on maintaining industry-leading health, safety and environment standards.

Kazatomprom securities are listed on the London Stock Exchange and Astana International Exchange. As the national atomic company in the Republic of Kazakhstan, the Group's primary customers are operators of nuclear generation capacity, and the principal export markets for the Group's products are China, South and Eastern Asia, Europe and North America. The Group sells uranium and uranium products under long-term contracts, short-term contracts, as well as in the spot market, directly from its headquarters in Nur-Sultan, Kazakhstan, and through its Switzerland-based trading subsidiary, Trade House KazakAtom AG (THK).

All statements other than statements of historical fact included in this communication or document are forward-looking statements. Forward-looking statements give the Company’s current expectations and projections relating to its financial condition, results of operations, plans, objectives, future performance and business. These statements may include, without limitation, any statements preceded by, followed by or including words such as “target,” “believe,” “expect,” “aim,” “intend,” “may,” “anticipate,” “estimate,” “plan,” “project,” “will,” “can have,” “likely,” “should,” “would,” “could” and other words and terms of similar meaning or the negative thereof. Such forward-looking statements involve known and unknown risks, uncertainties and other important factors beyond the Company’s control that could cause the Company’s actual results, performance or achievements to be materially different from the expected results, performance or achievements expressed or implied by such forward-looking statements. Such forward-looking statements are based on numerous assumptions regarding the Company’s present and future business strategies and the environment in which it will operate in the future. THE INFORMATION WITH RESPECT TO ANY PROJECTIONS PRESENTED HEREIN IS BASED ON A NUMBER OF ASSUMPTIONS ABOUT FUTURE EVENTS AND IS SUBJECT TO SIGNIFICANT ECONOMIC AND COMPETITIVE UNCERTAINTY AND OTHER CONTINGENCIES, NONE OF WHICH CAN BE PREDICTED WITH ANY CERTAINTY AND SOME OF WHICH ARE BEYOND THE CONTROL OF THE COMPANY. THERE CAN BE NO ASSURANCES THAT THE PROJECTIONS WILL BE REALIZED, AND ACTUAL RESULTS MAY BE HIGHER OR LOWER THAN THOSE INDICATED. NONE OF THE COMPANY NOR ITS SHAREHOLDERS, DIRECTORS, OFFICERS, EMPLOYEES, ADVISORS OR AFFILIATES, OR ANY REPRESENTATIVES OR AFFILIATES OF THE FOREGOING, ASSUMES RESPONSIBILITY FOR THE ACCURACY OF THE PROJECTIONS PRESENTED HEREIN. The information contained in this communication or document, including but not limited to forward-looking statements, applies only as of the date hereof and is not intended to give any assurances as to future results. The Company expressly disclaims any obligation or undertaking to disseminate any updates or revisions to such information, including any financial data or forward-looking statements, and will not publicly release any revisions it may make to the Information that may result from any change in the Company’s expectations, any change in events, conditions or circumstances on which these forward-looking statements are based, or other events or circumstances arising after the date hereof.